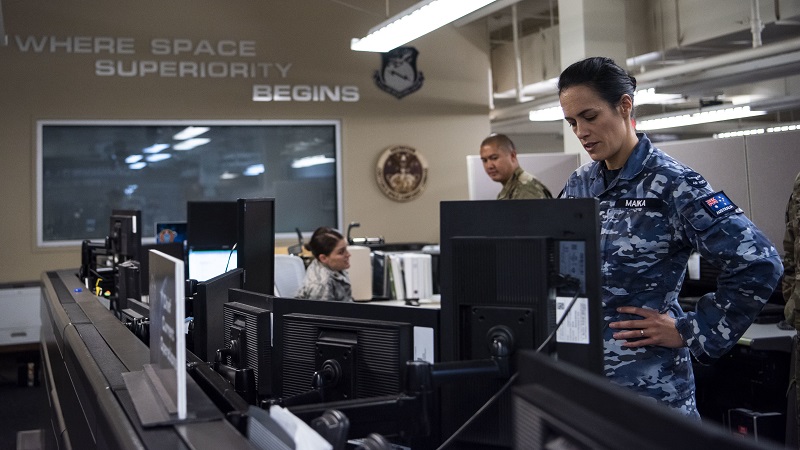 National security in the space domain continues to expand its operational coordination and capabilities between the U.S. Space Command and allied nations. A multi-national space force, a strategic defense partnership between several nations including the United States, Canada, Australia, and the United Kingdom, operate together at the Combined Space Operations Center. Additional nations collaborating on space operations with the CSpOC include Germany, France and New Zealand.

USSPACECOM maintains strong international alliances and partnerships to conduct operations in and through the space domain. Given the increasing complexity of the space environment, the coalition provides a unified response to a variety of threats presented in the warfighting domain of space. The CSpOC is primed to conduct such operations.

The second historic milestone occurred when Deputy Director of CSpOC, Group Captain Darren Whiteley – a Royal Air Force officer from the United Kingdom – signed the weekly Combined Space Tasking Order. It was the first time a coalition partner signed the order under Operation Olympic Defender (OOD) tasking the CFSCC subordinate units. OOD, which is a multi-national effort intended to strengthen deterrence, optimize space operations, improve mission assurance, enhance resilience and optimize space assets by engaging with U.S. government partners and allies, involves sharing information, data and resources. It is a method for partners to leverage and synchronize existing capabilities. CSpOC stood up in July 2018 to create a unity of effort in space operations across the Department of Defense, U.S. interagency, allies, commercial and civil space partners. Adding allies to OOD, builds upon the success of the CSpOC and enhances the overall command’s capability to collectively defend vital assets in space.

“Allied partnerships are critical to defending our assets at home and in the space domain,” Whiteley said. “The threat is expanding and international collaboration is essential to strengthen deterrence against hostile actors. Through these partnerships we are able to expand the depth and multiply the effects we can have to those evolving threats.”