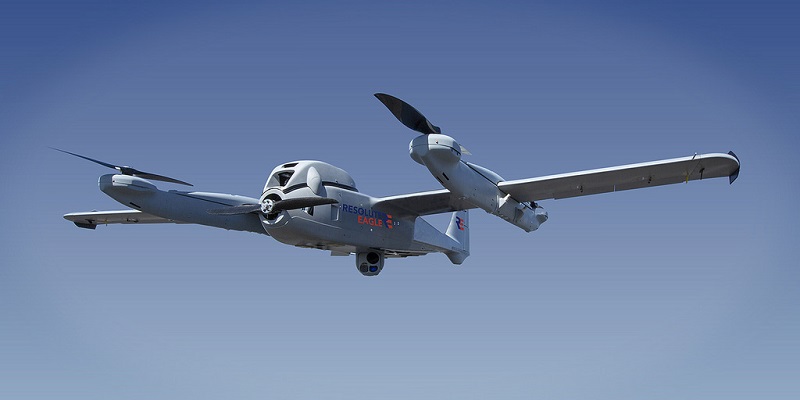 Teaming with the National Aeronautics & Space Administration for the Unmanned Aircraft Systems integration in the National Airspace System Project, PAE ISR participated in a joint kickoff meeting with NASA and the Federal Aviation Administration, the Sterling, VA-based company announced February 25.

PAE ISR was one of three organizations selected by NASA in October 2018 to conduct an unmanned aircraft systems flight demonstration of cooperative and non-cooperative detect and avoid technologies in the NAS by July of 2020. The demonstration is a partnership between NASA and industry with significant coordination through the FAA.

Hosted by PAE ISR at the Pendleton Unmanned Aerial Range, the first meeting included team members from NASA and the FAA.  PAE ISR presented the overview of its solutions package for the 2020 program and conducted a flight demonstration of the Resolute Eagle platform.

PAE ISR is pursuing an FAA Type and Production Certification for the Resolute Eagle Standard Configuration UAS.   On November 14th, the conversation continued at the FAA’s Los Angeles Aircraft Certification Office in California with deeper discussion on the future milestones for the certification program.

NASA and PAE ISR will work together to tackle key challenges that prevent routine commercial UAS operations today, including development, integration, and certification of unmanned aircraft and avionics. The SIO activity will culminate in multiple flight demonstrations in 2020 that focus on UAS missions occurring at altitudes greater than 500 feet above ground level.  The demonstrations will include integrated detect and avoid and command and control technologies. The outputs will help the industry partners compile the necessary artifacts and other data to support regulatory compliance of their vehicles and systems.

“The data results from this program are vital, not only for the full integration of unmanned aircraft systems into the National Airspace,” said Chico Moline, PAE ISR president.  “But, for the positioning of UAS as a daily reality for the mainstream consumer.  We look forward to collaborating with NASA and the FAA in developing the concept of operations that will drive this industry forward in the years and decades to come.”

The Resolute Eagle is a single, reconfigurable aircraft that comes in two configurations—standard and vertical takeoff and landing (VTOL) —with a flight endurance of 12 to 18+ hours depending on configuration. It is runway independent and offers the VTOL configuration for deployment and recovery in challenging conditions, including maritime and special operations. The aircraft also features a large payload capacity of 75+ lbs. (34.0 kg), low acoustic signature at mission altitudes, small logistical footprint, and significant power onboard for multi-intelligence payload integration.