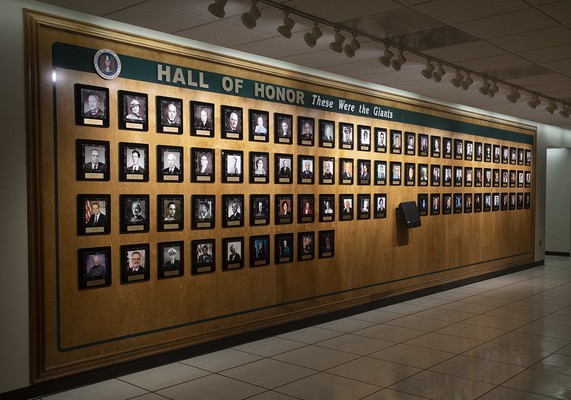 More than 300 family members and other supporters gathered as five individuals were inducted into the NSA/CSS Hall of Honor on 28 November 2018 for their significant and enduring contributions to American cryptology-making and breaking codes-through their innovative leadership, creativity and advocacy, NSA announced December 7.

“In the 55-year history of NSA, more than 100,000 [employees] have crossed this threshold, but only 89 are recognized on our Hall of Honor,” he stated. “We honor them because everything we do today was built upon the shoulders of [them] who laid the foundation. They are all giants in our once-silent world of cryptology.”

Mr. Seymour Cray – The “father of supercomputing,” known for enabling NSA’s remote access to signals intelligence information during the Cold War and for designing the supercomputers NSA used during the Vietnam War.

Mr. Michael Jacobs – Creator of the Centers of Academic Excellence Cyber Program, which produces the next generation of cyber warriors in more than 200 universities. Credited for the formation of the Information Assurance Directorate, which established NSA as the unchallenged leader in data and communications protection.

Ms. Hilda Faust Mathieu – A driving force behind the computer network exploitation concept and security controls development. Inspired innovative approaches to the emerging cyber mission and laid the foundation for many operations within NSA and the United States Cyber Command.

To learn about all NSA/CSS Hall of Honor inductees, visit online at https://www.nsa.gov/about/cryptologic-heritage/historical-figures-publications/hall-of-honor/.