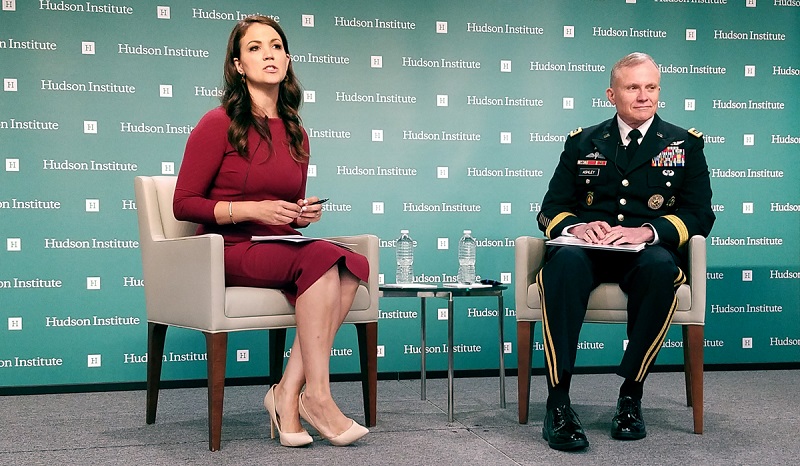 “With the return to great-power competition, nuclear capabilities are again at the forefront of the critical work for the Intelligence Community and for the Defense Intelligence Agency in particular, this is why we exist,” said Ashley.

Ashley explained that Russia and China are in the middle of a modernization process which will see their nuclear stockpiles increase in quantity and lethality.

“Nuclear weapons remain central to Russia’s and China’s military plans and intentions and therefore, remain a critical area of analysis for the Defense Intelligence Agency to provide our senior leadership with decision advantage” he said.

Following his remarks, Ashley was asked about the policy implications of Russian and Chinese nuclear modernization on agreements such as New Start, the Intermediate-Range Nuclear Forces Treaty and the Comprehensive Nuclear-Test-Ban Treaty.

Ashley stated the IC does not produce policy, but provides policymakers and senior leaders the information necessary to be effective at the negotiating table.

“While compliance determinations, such as the INF Treaty, are ultimately made by the U.S. interagency policy community,” explained Ashley, “it is the job of the Intelligence Community to analyze those activities that have implications for a country’s international obligations.”

The event was recorded and can be viewed in its entirety at Hudson.org.