“Decision Sciences is thrilled to have the expertise and experience of leaders like Gene and Jay to take the management reins at this very exciting time in the growth of the company’s business,” said DSIC Chairman of the Board Stuart Rabin. “Gene has a stellar track record of value creation for shareholders over many decades and his and Jay’s appointments today enable the company to aggressively deploy the Multi-Mode Passive Detection System (MMPDS) on a global basis and meet growing customer demand worldwide. They have been intimately involved in DSIC for many years and are actively engaged in shaping and propelling the success of our business. We also appreciate the progress made under Stan’s leadership in the last few years and wish him the very best at his new company.”

Dr. Ray currently serves on the DSIC Board of Directors and is a very successful businessman and entrepreneur with extensive experience in technology, defense and government relations. He co-founded and led Titan Corporation, a foremost provider of comprehensive information and communication products, services and solutions for national security, as its Chairman, President and CEO for 24 years. Prior to that Dr. Ray served as Executive Vice President of Science Applications International Corporation (SAIC) for 11 years.

“I look forward to taking on a more active, day-to-day role at DSIC as we enter our next stage of growth,” said Dr. Ray. “I also look forward to working with our incredibly talented team and with customers in private industry and from governments around the world to deploy DSIC’s revolutionary technology across industries and in numerous commercial applications.”

Admiral Cohen, also a member of the DSIC Board, is a principal of The Chertoff Group. He spent 38 years with the U.S. Navy including as the Chief of Naval Research, in which capacity he was responsible for the annual $2 billion+ Navy and Marine Corps Science and Technology (S&T) Program which involved basic research to applied technology portfolios and contracting and coordinating investments with other U.S. and international providers to rapidly meet war fighter combat needs. Capping off his Naval career, Admiral Cohen was appointed Undersecretary for DHS S&T where he was credited with the transformation of the office of Science & Technology in just two short years putting the people and programs in place to prosecute the high-tech war on terror.

“I have dedicated my entire career to the protection of our country and allies,” said Admiral Cohen. “This expanded role with DSIC is a continuation of my life’s work and enables me to more directly assist our exceptionally talented physicists, engineers, production staff, sales and marketing professionals and many others, to effectively deploy DSIC’s MMPDS around the world.”

Commenting on the leadership transition, Dr. Sloane said, “I have enormous confidence in the future of DSIC and the ability of its disruptive technology and products to make a material difference to global safety and security. Gene’s track record of success and Jay’s exemplary work in the U.S. Navy and as Undersecretary of DHS are exactly what DSIC needs at this juncture. Having actively worked with them for a number of years, I am confident that DSIC’s employees and growing customer base around the world are in excellent hands.”

MMPDS uses naturally occurring cosmic ray muons to safely and securely scan all types of vehicles, cargo containers and other conveyances to detect shielded and unshielded nuclear and radiological threats, as well as explosives, narcotics and other contraband. The technology is based on research originally conducted at Los Alamos National Laboratory and incorporates a substantial portfolio of enabling intellectual property developed by DSIC.

Rabin concluded: “This is a truly exciting time for DSIC and for what we expect the company will be able to achieve in the coming years, to materially aid in the prevention of radiological and nuclear terrorism and proliferation, and to facilitate a new era of safe and secure global commerce.”

Stanton Sloane tapped to take the reins at Comtech 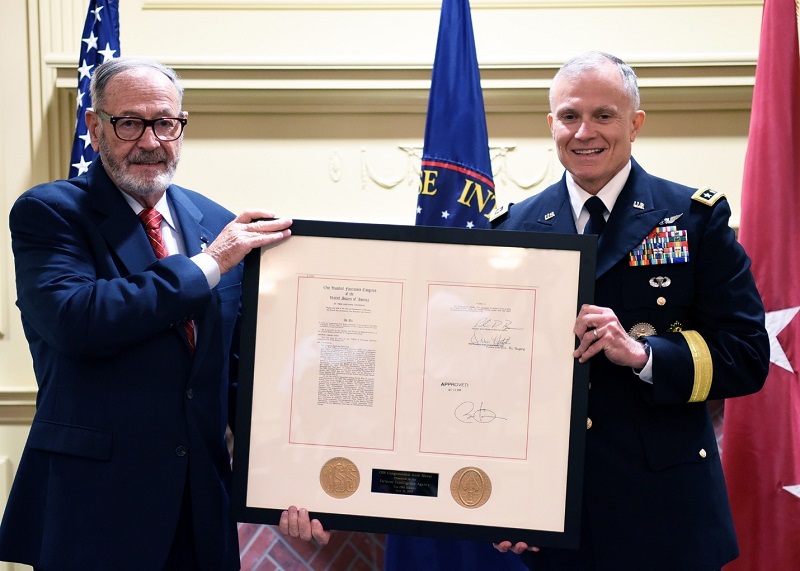