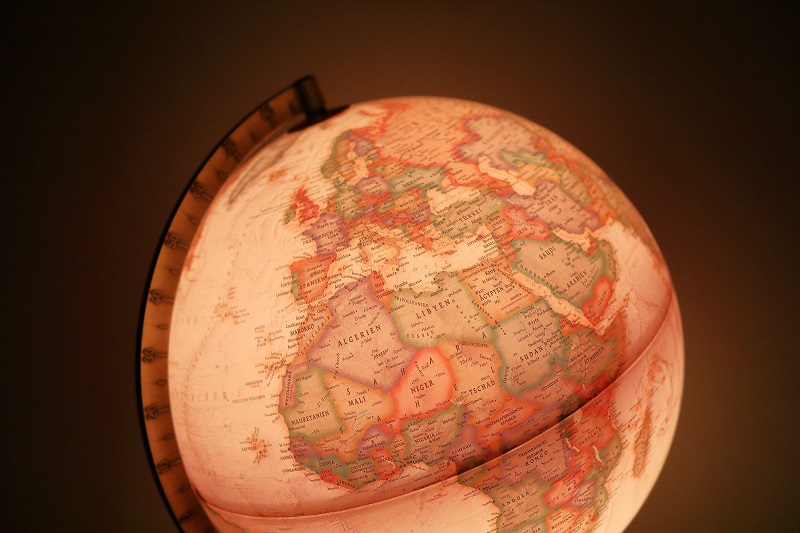 On June 24, the United States Geospatial Intelligence Foundation (USGIF) announced 11 new members to its board of directors and the election of a new chairman. The newly elected board members are Patrick Acheson, Nate Copeland, Todd Bacastow, Armando Drain, Robert Cardillo, Dan Jablonsky, Mary Legere, John Serafini, Carey Smith, Vicki Schmanske, and Isaac Zaworski. Roger Mason, who previously served on the Board of Directors, will serve as the interim chairman of the board until the Board elects a new chairman.

Patrick Acheson, managing principal and co-founder of Quadrint, provides advanced technology solutions to the intelligence community and private sector clients. Prior to founding Quadrint, Acheson was director of ERP Solutions at Maverick Technologies and a consultant with Accenture, formerly Andersen Consulting. Acheson has extensive experience as a systems architect and technical project manager and has also managed teams operating multiple applications across a wide variety of software platforms.

Dr. Todd Bacastow began his career as an infantry officer and a geospatial engineer for the U.S. Army. Bacastow is now a teaching professor of geography at Penn State University’s College of Earth and Mineral Sciences. His teaching and research focus is preparing geospatial analysts to serve in the U.S. Intelligence Community and business. He also serves as an expert witness in patent and employment cases involving Geographic Information Systems (GIS).

Robert Cardillo, president of the Cardillo Group, brings years of experience supporting national security and intelligence professionals. Until February 2019, Cardillo was the sixth director of NGA. In that position, he led NGA under the authorities of the Secretary of Defense and DNI to embrace and leverage the growing commercial capabilities in the geospatial industry. Prior to that assignment, he served as the first deputy director for Intelligence Integration, ODNI, from 2010 to 2014. He also served as the deputy director of the Defense Intelligence Agency (DIA) and the deputy director for Analysis, DIA, from 2006 to 2010.

Nate Copeland, president at InTec, has about 35 years of experience in organizational leadership, organizational culture development, shaping business opportunities, and delivering world class service in the defense and intelligence industry. He began his professional career as an imagery intelligence officer in the U.S. Air Force where he worked for 7 years. He then began to work in Geospatial Analytic Services at Booz Allen Hamilton. In late 2018 he was appointed president at InTec, which he originally joined late 2012 as the chief operating officer.

Armando Drain is a defense solution engineer at Esri, where he creates new and exciting demonstrations showcasing Esri technology used to perform GEOINT functions. Drain first joined Esri in 2016 as a defense associate and then in early 2019, became a solutions engineer. He currently specialize in WebGIS to include ArcGIS Online, ArcGIS Enterprise, and ArcGIS Pro with a focus on defense and intelligence application of GIS and GEOINT. Drain has a passion for helping shape the future of the world by showing people the power of GIS. He comes to the board as one of two Young Professionals Group (YPG) representatives.

Dan Jablonsky was appointed as the president and CEO of Maxar Technologies in early 2019. Previously, Jablonsky served as president of DigitalGlobe since 2017, when the company became part of Maxar Technologies. He joined DigitalGlobe in 2012 as senior vice president, general counsel and corporate secretary, and also held the role of general manager, International Defense & Intelligence from 2015 to 2017.

LTG Mary Legere, USA, Ret. is the managing director at Accenture Federal Services. Previously, she was the senior army intelligence officer in the Pentagon, retiring in 2016. In that role she led the development and implementation of the Army’s multi-billion-dollar strategic plan. She joined Accenture Federal Services as the managing director for national and defense intelligence business.

Vicki Schmanske serves as president of the Intelligence Group for Leidos where she is responsible for providing solutions and services to intelligence community agencies. Schmanske has held roles across intelligence, defense, civil and health markets. She has led teams for complex, critical national missions which include building satellite ground systems for the defense and intelligence community, implementing enterprise IT solutions and services for defense and civil customers, and providing healthcare and life sciences solutions to federal and commercial customers.

John Serafini, CEO of HawkEye 360, has over a decade of experience investing in and leading national security-oriented technology companies. Serafini previously served as senior vice president of Allied Minds where he led the formation, financing, and management of HawkEye 360, along with other companies such as BridgeSat, Federated Wireless, and Percipient Networks. He was also a former Airborne Ranger-qualified U.S. Army infantry officer with duty stations at the 82d Airborne Division & UNCSB-JSA of the Korean DMZ.

Carey Smith, president and COO Parsons Corporation, joined Parsons in 2016 as president of the Federal Business Unit. Prior to joining Parsons, Smith held a series of leadership roles spanning the defense, intelligence and critical infrastructure markets. As a defense and aerospace industry executive, Smith has had a successful track record of achieving outstanding growth and program performance while leading large, complex and diverse teams toward common goals and objectives.

Isaac Zaworski, CEO U.S. Strategy, Vricon, is an engineer at heart. Prior to joining Vricon Zaworski had worked at Urban Robotics for five years—as a field service engineer, program manager, and lastly as the CTO. His passion focuses on overcoming the challenges presented by 3D imagery data sets, and he’s done this in military theaters around the world. Zaworski is also a past YPG representative to the USGIF Board of Directors.

Continuing on the Board are— Dr. Roger Mason, president Space, Intelligence & Cyber Sector at Peraton, who will serve as interim chairman; Carmen Medina, founder of MedinAnalytics and co-founder of RebelsatWork.com, and Patty Mims, director of Global National Government at Esri. Paul Graziani, CEO of Analytical Graphics, and K. Stuart Shea, president and CEO of Peraton, will remain as directors emeritus, and Marisa Hess, the geospatial data manager at Strategic Alliance Consulting, remains as a YPG representative.

“On behalf of USGIF, I would like to personally thank these board members who have selflessly served the foundation and the larger GEOINT mission for many years. They brought passion, wisdom and devotion to their work on the board, and the foundation owes them a debt of gratitude,” remarked Dr. Roger Mason, incoming USGIF interim chair.