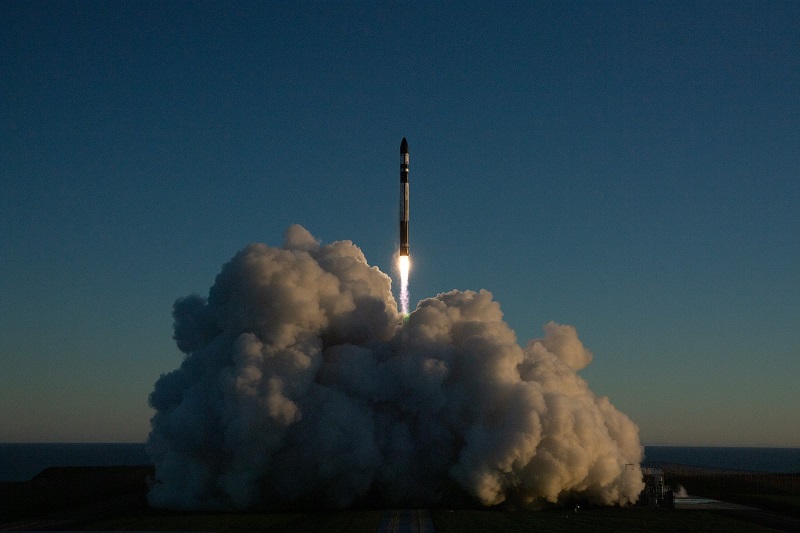 Rocket Lab, a leading launch provider and space systems company, announced in February its next mission will deploy a range of satellites for commercial and government satellite operators, and place a next-generation Photon spacecraft in orbit to build spacecraft heritage ahead of Rocket Lab’s mission to the Moon for NASA in Q3 this year.

Scheduled to lift-off from Launch Complex 1 on New Zealand’s Māhia Peninsula in mid-March, the ‘They Go Up So Fast’ mission will be Rocket Lab’s 19th Electron launch overall and second mission of 2021. The launch will bring the total number of satellites launched by Electron to 104.

Seven satellites feature on the mission manifest, including:

The six customer payloads will be integrated onto Photon, which will initially act as a Kick Stage space tug to circularize and deploy the satellites to precise orbits. After deploying the first five satellites to a 550 km circular orbit, Photon’s Curie engine will reignite to lower its attitude and deploy the final satellite to a 450 km orbit. The Curie engine’s unique ability to perform multiple relights on orbit enables Rocket Lab to deploy satellites to different orbits on the same launch. This level of payload deployment flexibility is typically reserved for dedicated missions but is a standard capability on all Electron missions.

Following payload deployment, Photon Pathstone will remain in orbit to build flight heritage across the spacecraft’s subsystems ahead of the CAPSTONE mission to the Moon for NASA in Q3 this year, as well as Rocket Lab’s private mission to Venus in 2023. Photon Pathstone will demonstrate power management, thermal control, and attitude control subsystems, as well as newly-integrated technologies including deep-space radio capability, an upgraded RCS (reaction control system) for precision pointing in space, and sun sensors and star trackers. Pathstone is the second Photon spacecraft to be deployed to orbit, following the launch of Photon First Light in August 2020.

Peter Beck, Rocket Lab founder and CEO, said deploying customer satellites and then continuing with an independent Photon mission is a unique capability that enables multiple missions on the same launch.

“We’re delighted to be delivering tailored access to orbit for our customers once again, many of whom have previously launched on Electron. With Photon, and likewise with the Kick Stage, we’re able to give our customers an unmatched level of control over their orbital insertion, even when flying as a rideshare,” he said. “What’s truly unique to Electron is the ability to deploy a range of customer satellites, then continue with a separate Photon mission. It means making multiple, distinct missions capable within the same launch, reducing the time, cost, and complexity of innovating on orbit. It’s nothing short of a complete transformation in the way we go to space.”