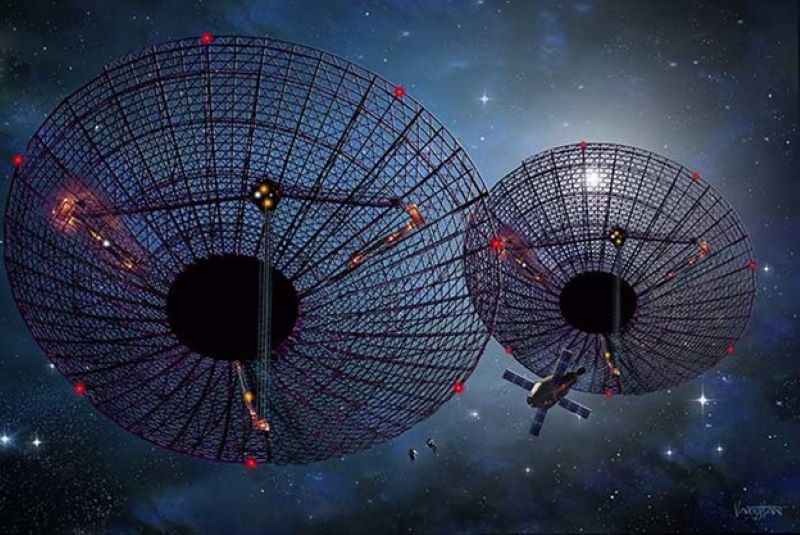 Today’s space domain awareness uses systems like the U.S. Space Surveillance Network, or SSN, — an extensive system of optical and radar sensors — to detect, track, catalog and identify man-made objects in Earth’s orbit. The primary workhorse for tracking objects outside of low Earth orbit is the Ground-Based Electro-Optical Deep Space Surveillance, or GEODSS, system, a subset of the SSN. GEODSS consists of three ground-based telescopes, and is limited to nighttime operations in clear weather leaving substantial amounts of downtime, or gaps in network coverage.

“It’s possible to create entanglement by splitting a laser beam of photons in two,” said Darin Koblick, senior engineering fellow for Space & C2 Systems at Raytheon Intelligence & Space. “Half the photon beam can be sent out as a signal and the other half could stay within the sensor. These entangled signal photons are likely to hit something, like a target, and bounce back toward the sensor.”

If a quantum radar could be developed, it could then take advantage of that residual correlation between the two beams to better distinguish reflected signal from the background.

The RI&S team modeled a quantum radar network positioned at the Earth-Moon Lagrange points — locations in space where satellites maintain a fixed position relative to the Earth and the moon — and ran simulations. They performed thousands of computer simulations using a specialized object-tracking program called hyperTRAC to quantify potential performance advantages of using quantum radar to detect and track satellites. Their results demonstrated an order of magnitude improvement in detection sensitivity and tracking accuracy over conventional systems like GEODSS.

Entanglement could help identify additional features of an object that can’t be measured with conventional methods, like ground-based radars, because of better measurement resolution. Increased sensitivity and higher resolution improve the likelihood of detecting and identifying satellites.

“Small satellites are difficult to detect because of their small cross-sectional area, reflectivity, and environmental lighting conditions,” Koblick said. “Quantum entanglement could enhance our sensitivity so we can detect smaller objects and provide better resolution, both primary drivers for persistent space domain awareness beyond near-Earth.”