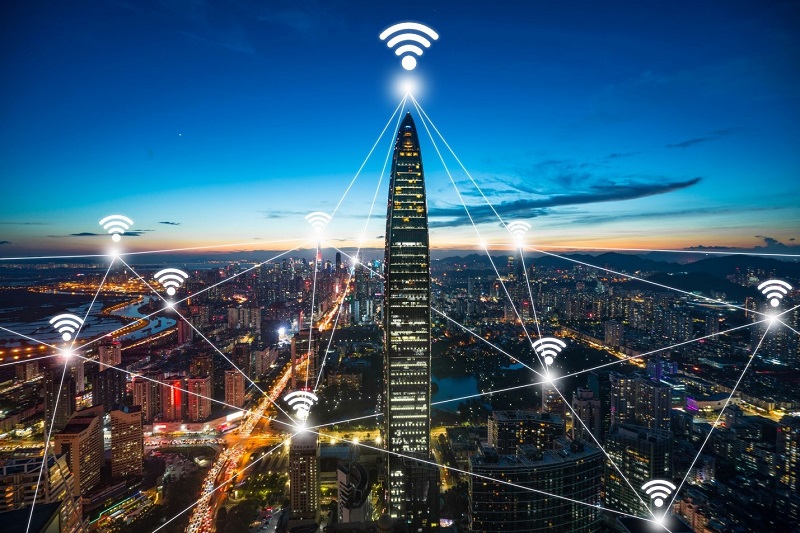 The armed forces make specific demands of their communications technology, in some ways different from what the civilian world requires. New 5G tech can give the armed forces higher system capacity and massive device connectivity along with hyper-speed.

“The spectrum relief act is clearing frequency bandwidth that can be used for 5G,” said Colin Whelan, vice president of Advanced Technologies at Raytheon. “This is where commercial and Raytheon military technology steps in.”

Waltham, MA-based Raytheon is developing several advanced technologies that could help bring the military into the 5G era, the company announced January 8, including:

Gemini: Gemini is Raytheon’s miniature phased array radar, which is being developed partly through the Raytheon UMass Lowell Research Institute.

Nearly as thin as a quarter, the Raytheon array can pack the equivalent of a larger array into a mobile device. It’s built to support beamforming, which adapts signals to different scenarios, and MIMO, a type of beamforming, on a 5G network. That will dramatically increase connectivity over current technology.

SENSR: The U.S. government has formed a cross-agency team for a project called the Spectrum Efficient National Surveillance Radar program, or SENSR. The goal is to use the proceeds from the government’s auction of rights to the 30 Mhz broadcast spectrum to upgrade the entire radar infrastructure across the country. More space for wireless bandwidth could be cleared by replacing the nation’s 600 air traffic radars.

Because the idea is to conserve signal space – essentially making the airwaves less crowded – Raytheon is studying how to use different technologies to more efficiently utilize bandwidth across the spectrum, according to Tom Sikina, a principal engineering fellow at the company.